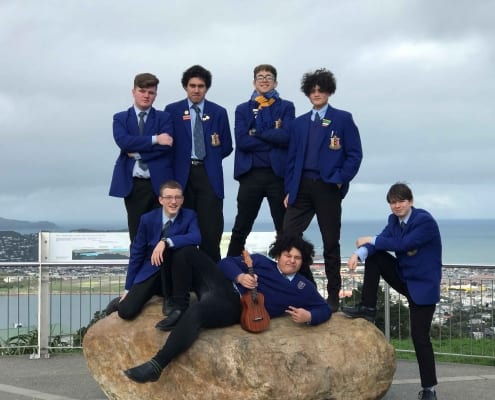 Members of the SBC Choir performed in the first concert since lock-down IN THE WORLD alongside the NZSO in the Michael Fowler Centre at the end of Term 2. On the way, they managed a visit to the Weta Guitar Studio where they had a jam on too many electric guitars, a Samoan ukulele and a Russian balalaika. The evening itself was pretty long, but take a look at the video and some cool photographs on the Extracurricular-Music page.

Thinking about university? A guide for New Zealand students, parents and wh...
Scroll to top